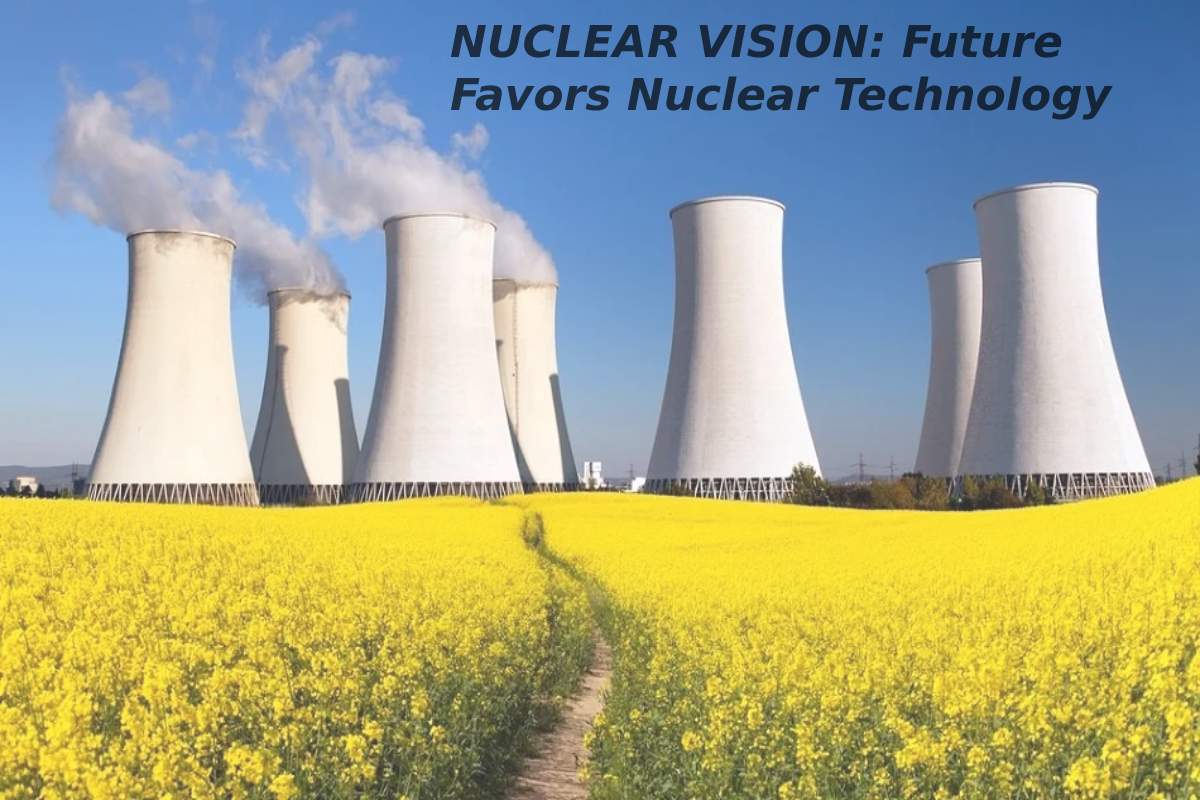 NUCLEAR VISION – In a recent report, the US House Select Committee on the Climate Crisis made clear its goal of achieving net-zero greenhouse gas emissions in the USA by the year 2050.
A crucial part of their plan involves the continued operation of existing nuclear plants and calls for congressional support to advance atomic technology innovation. An additional resolution directed a bipartisan select committee to develop recommendations on science-based policies and strategies.

Ultimately, the movement seeks to create a congressional framework to manifest an aggressive reduction in carbon pollution by making communities resilient to climate change and building a stable, clean energy economy.
The report says that nuclear power makes up more than 50% of the U.S.’ clean sources of electricity and puts forth detailed recommendations to ensure existing nuclear resources are maintain safely.
A significant and worthwhile investment is in place for future nuclear energy technologies. Also recommended is that a federal clean energy standard is establish that allows nuclear-generated electricity to qualify for credits.
This means an increase in inspections at older plants, maintaining an arduous oversight process, and conducting a rigorous assessment of license renewals and vulnerabilities to potential climate impacts.

Advanced nuclear technologies hold much promise as a source of zero-carbon energy, but there are still safety risks and costs. Support for early next-generation technologies like small modular reactors (SMRs) could help alleviate those risks,
I am directing the Nuclear Regulatory Commission to maintain stringent safety and emergency requirements for all new nuclear technologies.
The ongoing issue of safe, long-term disposal of spent nuclear fuel and accumulating waste stored all across the country were city. If solutions could be found, the result reduction in air pollution could save over 60,000 lives in the U.S. every year until 2050. And up to 8 trillion dollars in associates health and climate costs.
Nuclear energy could also play an essential role in other recoveries. Such as providing many jobs that have been lost due to the COVID-19 pandemic.

Beyond the primary jobs create, additional employment opportunities are also made in local and regional economies. Many believe planning for post-pandemic realities must begin immediately. With rising unemployment numbers caused by the coronavirus, plans to address them while promoting decarbonization should be paramount in every explore solution.
What we know is that the development of an adequate zero-carbon infrastructure takes time. which is why investing in nuclear energy is vitally important. While it isn’t going to produce a long-term solution in a short-term time frame. Its efficacy toward a zero-carbon economy over several years makes it a very realistic proposition.
Additionally, the jobs created throughout the construction of a nuclear power plant. It can last up to 6 years, with higher-skilled employment enjoying a nearly 80-year life span.

At peak construction, it is expect that 4000 workers will be on-site and that over the next 60 years. The plant will boost the Finnish national economy by the equivalent of 60 billion dollars. And while that new-construction case study is hugely promising. There are also other projects in place to extend the operation of existing reactors.
An Ontario nuclear power generation company plans to refurbish one of its plants. Which are expect to create 14,000 jobs and boost the regional economy by 90 billion.
For information on Graver condensate polishing products use to achieve very high condensate purity levels. And also protect boilers, steam generators, reactors, and turbines from corrosion.